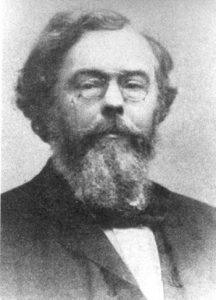 From 1887 – 1925, 3 Clare Street was home to the most dynamic and culturally salient literary salon in the country. Among its membership were some of the brightest and most significant of the Irish intelligentsia: W.B. Yeats, Padraig Pearse, Austin Clarke, Maude Gonne, Douglas Hyde, John O Leary, Roger Casement – these and many more were regular guests at 3 Clare Street, dining on the lobster, goose, roasts and pudding served at table. The real attraction wasn’t the food of course, but the conversation. Like all salons, Clare St. was an incubator for new ideas and developments in fields as diverse as literature, the occult, psychology, medicine, the Gaelic revival and revolutionary politics. The inspirational host of these Sunday evenings was Dr. George Sigerson, a leading Irish intellectual and academic, an alienist with a celebrity clientele and a lecturer of Biology, and later Zoology, at the Catholic University. 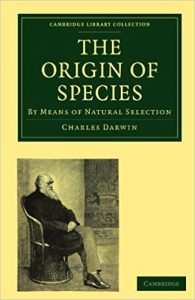 Sigerson was a typical Victorian polymath. Born in Tyrone to a wealthy landowner and industrialist with links to Artigarvan, he received his primary education at the Letterkenny Academy, where the headmaster, a Dr. Grenard, was a French-Irish professor. He attended college in Cork, graduated in Medicine and later moved to Paris where he studied neurological disorders under the renowned Jean-Martin Charcot, one of the leading pioneers in the budding fields of neurology and psychology. Sigerson was an intellectual with an international reputation: the French zoologist Paul Bert proposed him for membership of the Clinical Society, the historian Henri Martin did likewise for the Anthropological Society and Charles Darwin was his sponsor for the Linnean Society of London. 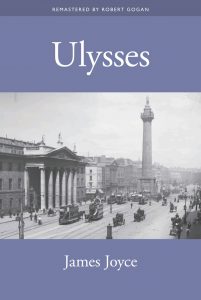 Sigerson was interested in a wide range of non-scientific subjects and campaigned to improve the treatment of political prisoners, achieve land reform, and convince the Nation of the benefits to be derived from the widespread cultivation of cannabis. However, at least according to his friend Douglas Hyde, the pursuit closest to his heart was literature. A Gaelic Renaissance man, he translated numerous old Irish and Viking poems into English and was elected president of National Literary Society, a station he held until his death. ‘Butter-blonde’ Sigerson’s position within the Irish intelligentsia of the period was immortalised by James Joyce (whose wife Nora Barnacle was one of the doctor’s patients) in the library scene of  Scylla and Charybdis, where the author has him declare ‘Our national epic has yet to be written’. 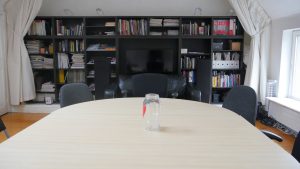 So when you cross the threshold at 3 Clare St., spare a thought for Dr. Sigerson, one of the forgotten grandees of Irish history. Inside, much has changed. Gone is the exquisite French furniture and ornamentation; the doctor’s collection of paintings, pastels, miniatures and engravings no longer adorn the rooms. The blind marble eyes of Canova’s Boy-King of Rome no longer look down at a table packed with merry guests. But a warm welcome still awaits artists, thinkers and revolutionaries inside the walls, and as long as Sigerson’s creative, open-minded and progressive ideals are valued and nourished, his inspiration will survive the flux of time.